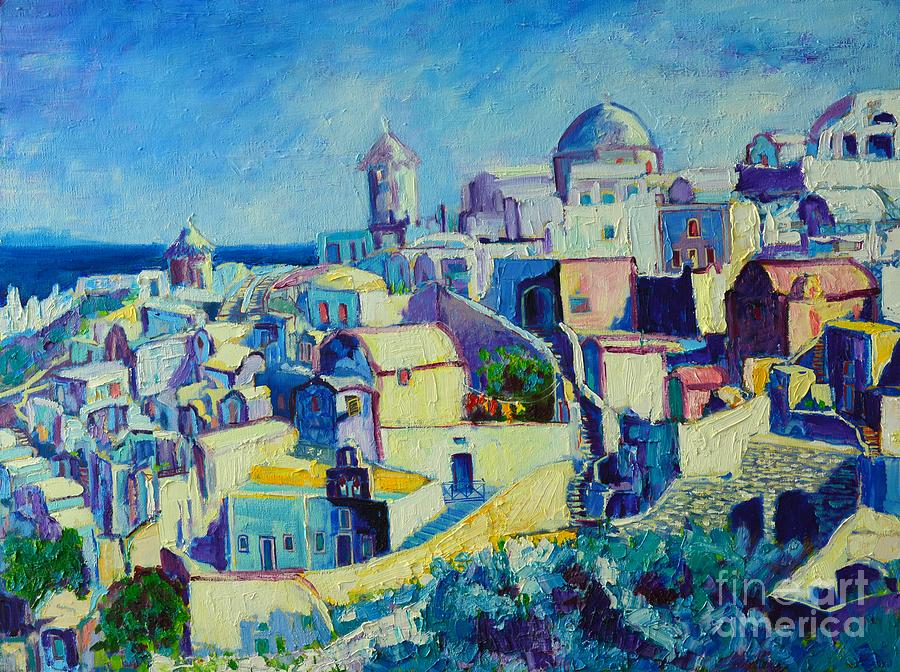 In 2010 I spend my summer vacation in Santorini. From then I was definitively in love with this splendid Greek island.

The original painting has been sold to an art collector from Decatur, GA, U.S.
Canvas prints and other products are available through Fine Art America.

Congratulations on your recent sale of a beautiful work.

Congrats on Your Sale!!....A Beautiful Blessing.

Congratulation on sale announcement and great.

Beautiful rendition of Oia. Congratulations on selling it. l/f

Thank you so much to the buyer from Minneapolis, MN - United States for purchasing a beautiful 36 inch print of my Santorini, Oia painting.

Congrats on your sale, Ana!!

Thank you very much, Sandi.

Congratulations on your sale, Ana! L/F

Thank you very much, Zornitsa.

Thank you very much, Georgia.

Thank you very much, Johanna.

Thank you very much, Michele.

Beautiful! Congratulations on your features!

Ana Maria, One of my favorite places and you have captured the scene so well; great color! Liked, Jerome

Jerome, thank you very much.

Thanks a lot, Jerry.

Thank you very much, Gloria.

Having spent an abundance of time in Greece, I can say that this captures its beauty well!

Thank you very much, Tamar.

Thanks a lot, Dagmar.

Splendid work, Ana Maria! Love the colors and the light! f/l and pinned

Thanks very much, Zori.

The Art Of Marilyn Ridoutt-Greene

Ana:One of your very best! Love it...and I appreciate the detailed historical details behind the painting...Always amazed at your talent.LF