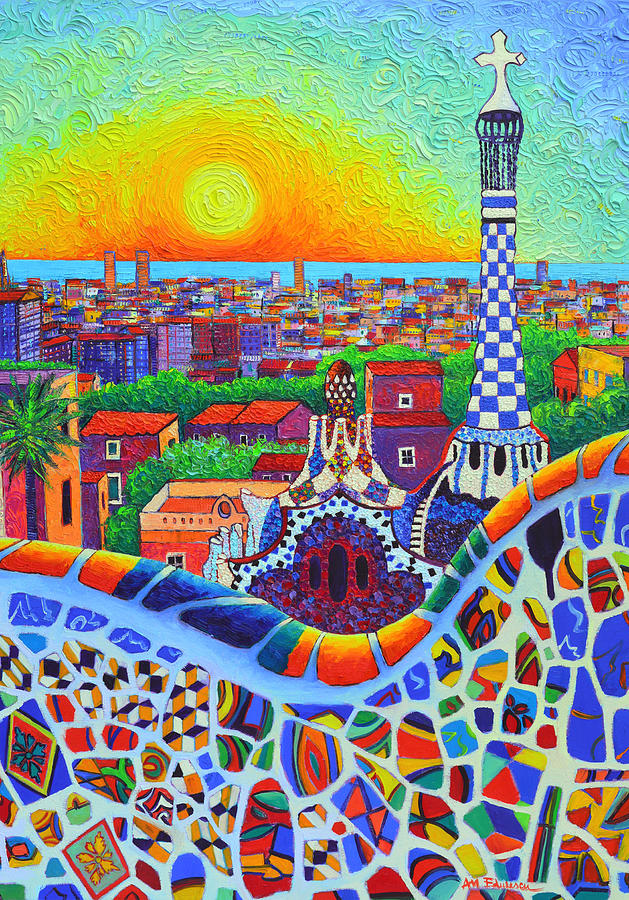 BARCELONA PARK GUELL SUNRISE GAUDI TOWER TEXTURAL IMPASTO KNIFE OIL PAINTING is a cropped version of a commissioned painting for my patrons from Ellicott City, MD, U.S., a recreation of my Barcelona oil painting from 2013.

The large cross at the Park's high-point offers the most complete view of Barcelona and the bay. It is possible to view the main city in panorama, with the Sagrada Fam�lia and the Montju�c area visible at a distance.'' ( wiki )

Congrats on your beautiful artwork and sale Ana Maria!!

Congratulations on your well deserved sale!

Love the colors and texture - what a great place, too. Congratulations on the sale.

As with all your work, this is beautiful. Having lived in Barcelona for a month, you have captured the city that I too loved. Congrats on your sale.

Thank you so much to a buyer from Westminster, CO - United States.

Congrats on your sale,dear Ana...